Produced with the advanced technique, the texture of the film looks natural. It not only looks like the original wood, but also brings a feeling of approachable. The surface of the wood grain film is waterproof. Also, made by environmental protection material, the wood grain film is anti-slip and anti-scratch. When you hold the phone in hand, especially in the cold winter when the mobile phone usually touches a little cold, the wood grain film can make the physical contact not so cold. 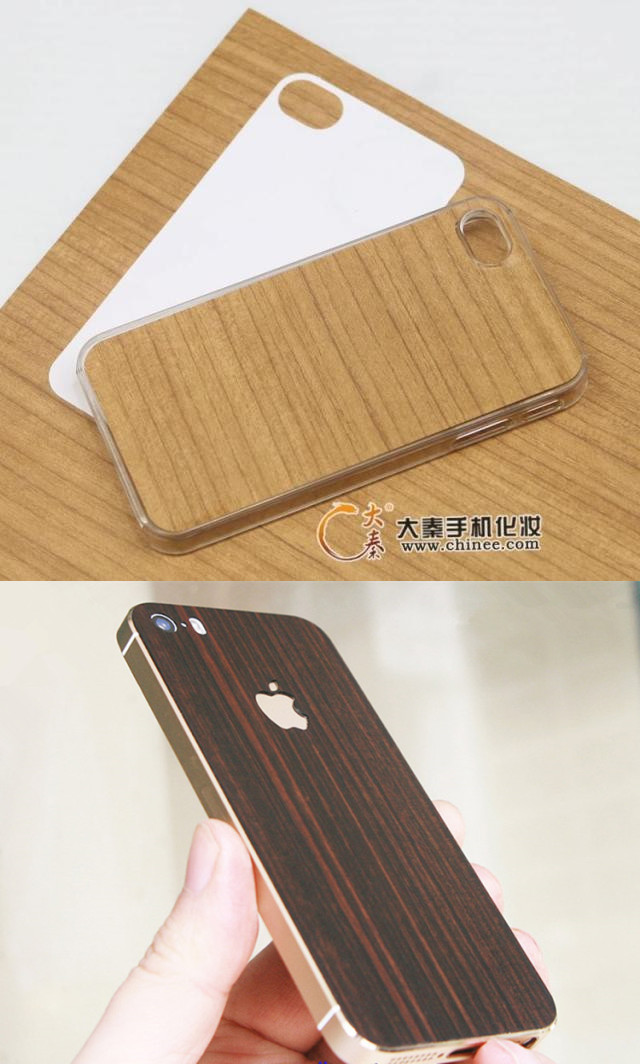 The wood grain film materials for custom cellphone stickers are designed on the concept of natural, simple, warm and environmental friendly. Although the original wood is the first choice that could be used to make decorations such as mobile phone case, the cost is too expensive. The competitive price is also one of the reasons that the wood grain mobile phone sticker becomes so popular.